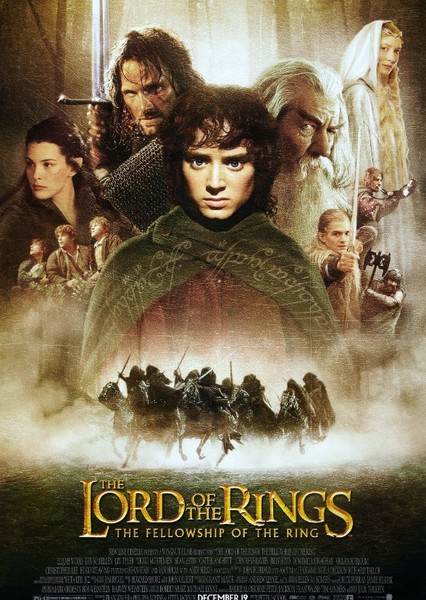 These actors are frequently suggested for roles along with The Lord of the Rings: The Fellowship of the Ring.

The Lord of the Rings: The Fellowship of the Ring has been suggested to play 68 roles. Click below to see other actors suggested for each role, and vote for who you think would play the role best.

The Lord of the Rings: The Fellowship of the Ring is a 2001 epic fantasy adventure film directed by Peter Jackson, based on the 1954 novel The Fellowship of the Ring, the first volume of J. R. R. Tolkien's The Lord of the Rings. The film is the first instalment in The Lord of the Rings trilogy. It was produced by Barrie M. Osborne, Jackson, Fran Walsh and Tim Sanders, and written by Walsh, Philippa Boyens and Jackson. The film features an ensemble cast including Elijah Wood, Ian McKellen, Liv Tyler, Viggo Mortensen, Sean Astin, Cate Blanchett, John Rhys-Davies, Billy Boyd, Dominic Monaghan, Orlando Bloom, Christopher Lee, Hugo Weaving, Sean Bean, Ian Holm, and Andy Serkis. It is followed by The Two Towers (2002) and The Return of the King (2003). Set in Middle-earth, the story tells of the Dark Lord Sauron, who seeks the One Ring. The Ring has found its way to the young hobbit Frodo Baggins. The fate of Middle-earth hangs in the balance as Frodo and eight companions (who form the Fellowship of the Ring) begin their journey to Mount Doom in the land of Mordor, the only place where the Ring can be destroyed. The Fellowship of the Ring was financed and distributed by American studio New Line Cinema, but filmed and edited entirely in Jackson's native New Zealand, concurrently with the other two parts of the trilogy. It premiered on 10 December 2001 at the Odeon Leicester Square in London and was theatrically released on 19 December 2001 in the United States, and on 20 December 2001 in New Zealand. The film was highly acclaimed by critics and fans alike, who considered it to be a landmark in filmmaking and an achievement in the fantasy film genre. It grossed $887 million worldwide, making it the second highest-grossing film of 2001 and the fifth highest-grossing film of all time at the time of its release.[4] The Fellowship of the Ring is widely regarded as one of the greatest and most influential films ever made. The film received numerous accolades; at the 74th Academy Awards, it was nominated for thirteen awards, including Best Picture, Best Director, Best Adapted Screenplay, Best Supporting Actor for McKellen, Best Art Direction, Best Costume Design, Best Film Editing, Best Original Song for "May It Be" and Best Sound, winning four: Best Cinematography, Best Makeup, Best Original Score and Best Visual Effects.