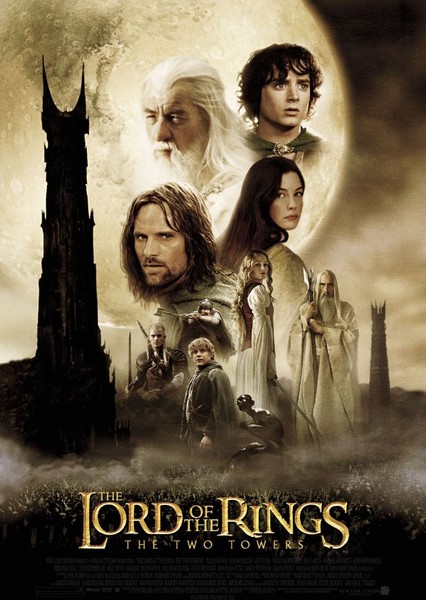 The Lord of the Rings: The Two Towers

These actors are frequently suggested for roles along with The Lord of the Rings: The Two Towers.

The Lord of the Rings: The Two Towers has been suggested to play 60 roles. Click below to see other actors suggested for each role, and vote for who you think would play the role best.

The Lord of the Rings: The Two Towers is a 2002 epic fantasy adventure film directed by Peter Jackson, based on the second volume of J. R. R. Tolkien's The Lord of the Rings. The film is the second instalment in The Lord of the Rings trilogy and was produced by Barrie M. Osborne, Fran Walsh and Jackson, and written by Walsh, Philippa Boyens, Stephen Sinclair and Jackson. The film features an ensemble cast including Elijah Wood, Ian McKellen, Liv Tyler, Viggo Mortensen, Sean Astin, Cate Blanchett, John Rhys-Davies, Bernard Hill, Christopher Lee, Billy Boyd, Dominic Monaghan, Orlando Bloom, Hugo Weaving, Miranda Otto, David Wenham, Brad Dourif, Karl Urban and Andy Serkis. It was preceded by The Fellowship of the Ring (2001) and followed by The Return of the King (2003). Continuing the plot of The Fellowship of the Ring, the film intercuts three storylines. Frodo and Sam continue their journey towards Mordor to destroy the One Ring, meeting and joined by Gollum, the ring's former owner. Aragorn, Legolas, and Gimli come to the war-torn nation of Rohan and are reunited with the resurrected Gandalf, before fighting against the legions of the treacherous wizard Saruman at the Battle of Helm's Deep. Merry and Pippin escape capture, meet Treebeard the Ent, and help to plan an attack on Isengard, fortress of Saruman. The Two Towers was financed and distributed by American studio New Line Cinema, but filmed and edited entirely in Jackson's native New Zealand, concurrently with the other two parts of the trilogy. It premiered on 5 December 2002 at the Ziegfeld Theatre in New York City and was theatrically released on 18 December 2002 in the United States, and on 19 December 2002 in New Zealand. The film was highly acclaimed by both critics and audiences, who considered it to be a landmark in filmmaking and an achievement in the fantasy film genre. It grossed $943 million worldwide, making it the highest-grossing film of 2002 and the third highest-grossing film of all time at the time of its release.[4] The Two Towers is widely regarded as one of the greatest and most influential films ever made. The film received numerous accolades; at the 75th Academy Awards, it was nominated for six awards, including Best Picture, winning for Best Sound Editing and Best Visual Effects.