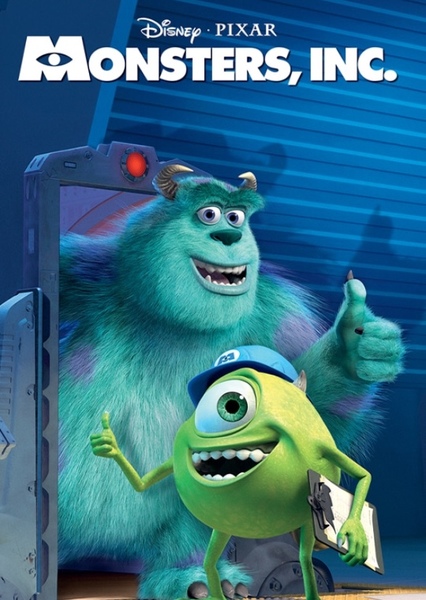 These actors are frequently suggested for roles along with Monsters Inc..

Monsters Inc. has been suggested to play 175 roles. Click below to see other actors suggested for each role, and vote for who you think would play the role best.

Monsters, Inc. (Monsters, Incorporated) is a 2001 American computer-animated monster comedy film produced by Pixar Animation Studios for Walt Disney Pictures. Featuring the voices of John Goodman, Billy Crystal, Steve Buscemi, James Coburn, Mary Gibbs and Jennifer Tilly, the film was directed by Pete Docter in his directorial debut, and executive produced by John Lasseter and Andrew Stanton. The film centers on two monsters, the hairy James P. "Sulley" Sullivan and his one-eyed partner and best friend Mike Wazowski, who are employed at the titular energy-producing factory Monsters, Inc., which generates power by scaring human children. However, the monster world believes that the children are toxic, and when a little human girl sneaks into the factory, she must be returned home before it is too late. Upon its release on November 2, 2001, Monsters, Inc. received critical acclaim and was a commercial success,[3] grossing over $577 million worldwide to become the third highest-grossing film of 2001.[1] The film won the Academy Award for Best Original Song for "If I Didn't Have You" and was nominated for the first Best Animated Feature, but lost to DreamWorks' Shrek, and was also nominated for Best Original Score and Best Sound Editing. Monsters, Inc. saw a 3D re-release in theaters on December 19, 2012. A prequel titled Monsters University, which was directed by Dan Scanlon, was released on June 21, 2013. A television series titled Monsters at Work premiered on Disney+ on July 7, 2021.