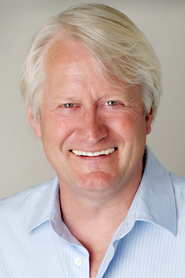 Charles Martinet is known for:

These actors are frequently suggested for roles along with Charles Martinet.

Charles Martinet has been suggested to play 422 roles. Click below to see other actors suggested for each role, and vote for who you think would play the role best.

Charles Martinet was born on September 17, 1955 in San Jose, California, USA as Charles Andre Martinet. He is an actor and writer, best known for voicing in Nintendo games as many different Characters including Mario, Luigi, Wario, Waluigi, Toadsworth, Baby Mario, Baby Luigi, in video games including Super Mario series including Super Mario 64, Super Mario Sunshine, Super Mario Galaxy 1 and 2, Super Mario 3D World, Luigi's Mansion Series, Super Mario Odyssey, Mario Kart series starting from Mario Kart 64, Super Smash Bros series, Mario & Luigi: RPG series, Yoshi's Island series. He also voiced the Announcer, Referee, Boxers in Super Punch Out (1994). He also voiced for Space Quest 6: The Spinal Frontier (1995) as Pa Conshohocken, Ray Trace, PiTooie, and voiced Coliey Joe, Big Moe, Lar-Man in the Stooge Fighter 3 Mini Game as a brief side job for Sierra-Online company in 1995 before moving on to work for Nintendo on Super Mario 64, a Nintendo 64 game. Charles Martinet starred in cameo film roles including Matlock (1989) in the episode "The Captain". He also played in The Dead Pool (1988), Nine Months (1995), and The Game (1997), he also did the character voices for Anastasia 1997. The non Disney animated movie Beauty and the Beast (1997) by Enchanted Tales. Charles Martinet originally wanted to be in law school and wasn't interested in voice acting due to the fear of speaking in public, during his school year, one of his friends convinced him to drop out of Law School and become a voice actor, he finally decided to drop out of Law School and pursue after acting and voice acting. He voiced for Mario in Mario Teaches Typing (1991), and practiced voice acting as Super Mario, he later voiced in Super Punch Out (1994) on a Super Nintendo game and in 1995 voiced the some of the characters at Sierra-Online company in the PC game Space Quest 6: The Spinal Frontier (1995). One day while Charles was relaxing at the beach, he got a phone call from his agent and was told that he got the part to play Super Mario in Super Mario 64 in the English version. Since then he has been voice acting for Nintendo video games. He also voiced in other video games including Star Wars: X-Wing Alliance (1999), Star Wars: Galactic Battlegrounds (2001), Ratchet & Clank Future: A Crack in Time (2009), The Elder Scrolls V: Skyrim (2011).