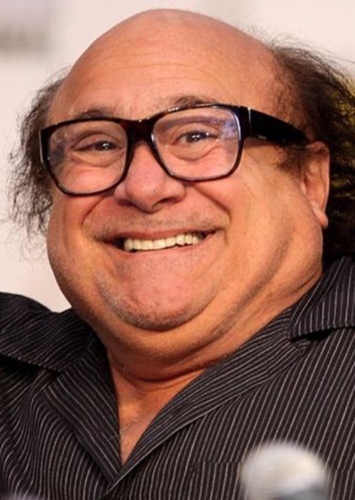 Danny DeVito is known for:

These actors are frequently suggested for roles along with Danny DeVito.

Danny DeVito has been suggested to play 4,628 roles. Click below to see other actors suggested for each role, and vote for who you think would play the role best.

Danny DeVito (born November 17, 1944) is an American actor, comedian, director, producer, and screenwriter. He gained prominence for his portrayal of the taxi dispatcher Louie De Palma in the television series Taxi (1978-1983), which won him a Golden Globe Award and an Emmy Award. He plays Frank Reynolds on the FX and FXX sitcom It's Always Sunny in Philadelphia (2006–present). He is known for his film roles in One Flew Over the Cuckoo's Nest (1975), Terms of Endearment (1983), Throw Momma from the Train (1987), Twins (1988), The War of the Roses (1989), Batman Returns (1992), Get Shorty (1995), Matilda (1996), Mars Attacks! (1996), L.A. Confidential (1997), Man on the Moon (1999), Wiener-Dog (2016) and Dumbo (2019). In 1996, he provided the voice of Mr. Swackhammer in Space Jam. In 1997, he was the voice of Philoctetes in the film Hercules. In 2012, he voiced the title character in the animated version of Dr. Seuss's The Lorax. In 2013, along with Rashida Jones, he voiced Herb for the third time on "The Changing of the Guardian" episode of The Simpsons (aired January 27, 2013). He appeared in the Angry Birds Friends "Champions for Earth" tournament advertisement in September 2015. Following the Japanese release of the Nintendo 3DS game Detective Pikachu, dedicated Pokémon fans submitted a 40,000-signature petition requesting that DeVito be the English voice actor for the title character. However, he declined to audition for the role, commenting that he was unfamiliar with the franchise. DeVito and wife Rhea Perlman starred together in his 1996 film Matilda, based on Roald Dahl's children's novel. DeVito was also one of the producers nominated for an Academy Award for Best Picture for Erin Brockovich. DeVito founded the production company Jersey Films with his wife Rhea Perlman.