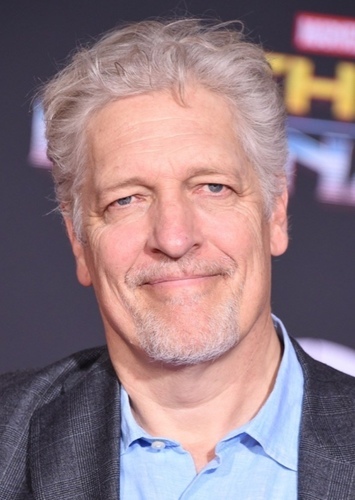 Clancy Brown is known for:

These actors are frequently suggested for roles along with Clancy Brown.

Clancy Brown has been suggested to play 1,478 roles. Click below to see other actors suggested for each role, and vote for who you think would play the role best.

Clarence J. "Clancy" Brown III (born January 5, 1959 height 6' 3½" (1,92 m)) is an American film, television and voice actor. He is known for his live-action roles as Captain Byron Hadley in the award-winning The Shawshank Redemption; The Kurgan in the film Highlander; Brother Justin Crowe in HBO's critically acclaimed Carnivàle and Career Sergeant Zim in Starship Troopers. Brown is most famous for providing the voices of animated characters such as Mr. Eugene H. Krabs in the animated series SpongeBob SquarePants; Lex Luthor throughout various DC projects; Captain Black and Ratso in Jackie Chan Adventures; Otto in Super Robot Monkey Team Hyperforce Go!; Dr. Neo Cortex in the original Crash Bandicoot video games and Savage Opress in Star Wars: The Clone Wars. Brown was born in Urbana, Ohio in 1959 and had an older sister Beth (1958–1965). Their mother Joyce (née Eldridge) was a conductor, composer, and concert pianist. Their father Clarence J. "Bud" Brown, Jr. helped manage the Brown Publishing Company, the family-owned newspaper business started by Clancy's grandfather, Congressman Clarence J. Brown. From 1965 to 1983 Bud Brown also served as a US Congressman, and later as chairman of the board of Brown Publishing. The family operated the business until 2010.Brown graduated from St. Albans School in Washington, D.C., as his family lived there much of the time when his father served in Congress. He earned a scholarship to Northwestern University, where he became a member of the Sigma Chi Fraternity. Brown is often cast in roles of villains or authority figures. His career has tended to alternate among mainstream TV/cable; major-studio and independent-studio movies; and a large repertoire of voice work for animated and video game roles. Brown has been married to Jeanne Johnson since 1993; they have a son and daughter.