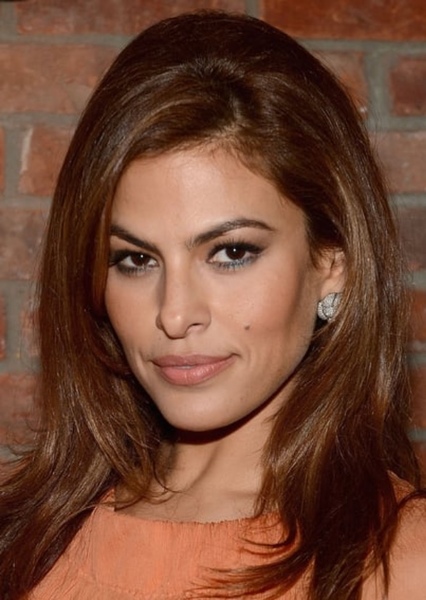 Eva Mendes is known for:

These actors are frequently suggested for roles along with Eva Mendes.

Eva Mendes has been suggested to play 575 roles. Click below to see other actors suggested for each role, and vote for who you think would play the role best.

Eva Mendes (born March 5, 1974, height 5' 6" (1,68 m)) is an American actress, model, singer, and homeware and fashion designer. She began acting in the late 1990s, and after a series of roles in B movies such as Children of the Corn V: Fields of Terror (1998) and Urban Legends: Final Cut (2000), she broke into the Hollywood mainstream with an appearance in Training Day (2001). She has since starred in many films including All About The Benjamins (2002); 2 Fast 2 Furious, Once Upon a Time in Mexico, Out of Time and Stuck on You (2003); Hitch (2005); Ghost Rider and We Own the Night (both 2007); The Spirit (2008); The Bad Lieutenant: Port of Call New Orleans (2009); The Other Guys and Last Night (both 2010), Girl in Progress (2012). Mendes has worked as a spokesmodel for Cocio chocolate milk, Magnum ice cream, Revlon make-up, Calvin Klein underwear and perfume, Cartier jewelry, Thierry Mugler perfume, Reebok trainers, Campari apéritif, Pantene shampoo, Morgan clothes and Peek & Cloppenburg clothes. Mendes is the creator of a home decor line, Vida, sold exclusively at Macy's. She launched a bedding collection in 2008 and a dinnerware collection in 2010. Mendes is a singer: she has recorded a version of The Windmills of Your Mind and has collaborated with Cee Lo Green on a song entitled Pimps Don't Cry. She lives in the Los Feliz neighborhood of Los Angeles.