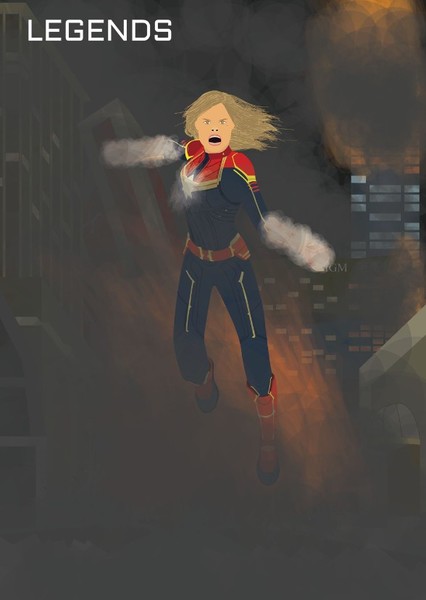 Every canon events in MCU will definitely happen in Legends. The Legends will majority describe about the origin stories of heroes and villains and some horrible events in the future. There's very moments in the timeline: Sometime in ancient, Species extended by Eternals, included Titans; 1940s, human started the Tesseract's research; 1960s, Carol Danvers, Karla Sofen, Maria Rambeau were born. Years after, they'd joined the U.S. Military; 1980s, Oscorp started, for high technologies. Carol absorbed the Tesseract's power; 1990s, Carol brought Skrulls to their new home. Maria Hill, Natasha Romanoff, Karla Sofen joined the S.H.I.E.L.D.. SHIELD ignored opposition to transform Karla as her cousin's substitute; 2000s, U.S. Waged Iraq War. Karla found out the truth and started to slaughter the U.S. soldiers. Reed Richards and Ben Grimm started their first research, found out about mutants' gene; 2010s, Karla destroyed the P.E.G.A.S.U.S. base , even if joined NY battle, but she'd arrested by Maria Hill. Some years after she started her flight test into the space, brought Natasha's future body to Earth. During the Snap, some heroes saved passengers of planes; 2031, Some avengers including Karla disappointed at their country. Determined to destroy the politicians and their secret bases. Attacked America and Asia. Karla's father and Maria Hill sacrificed during Downtown Macau destroyed. For atonement and save the universe, Karla was seriously injured and coma. U.S. lost its hegemony.