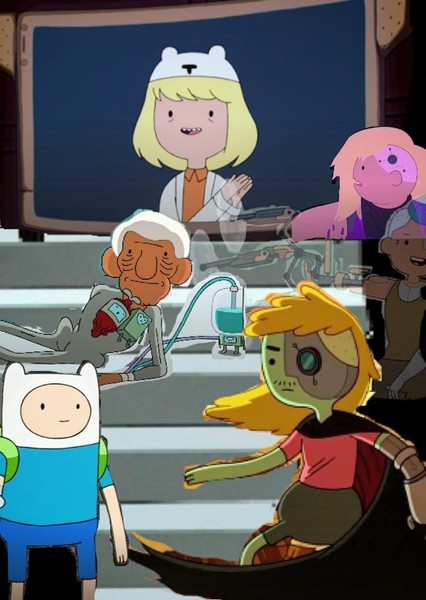 Story added by samlikescasting on April 27, 2019

Adventure Time: Awakening is an upcoming American animated sci-fi action fantasy film. The film is directed and produced by Michael Bay, written by Roberto Orci and Alex Kurtzman, produced by Lorenzo di Bonaventura and based on the television series of the same name created by Pendleton Ward. The film stars Jeremy Shada, Madeleine Martin, John DiMaggio, Roz Ryan, Steve Little, Elle Newlands, Tom Kenny, Grey DeLisle, Olivia Olson, Donald Glover, Hynden Walch, Neil Patrick Harris, Jessica DiCicco, Hannibal Buress, Niki Yang, Gary Anthony Williams, Stephen Root, Sharon Horgan, with Lauren Lapkus and Lennon Parham. The film takes place four years after the Gum War where Finn celebrates his 21st birthday as he meets Fionna and Cake, and the other pop culture characters to stop Dr. Gross and her new servants. Finn will bring Flame Princess, his old friend, back together by confessing to her about what happened that she broke up on him and showing her the evidence. Meanwhile, Simon Abadeer the Vampire Knight, future son of Marceline Abadeer and Bonnibel Bubblegum, travels back in time to kill his mothers, but refuses to kill them both if he alters the timeline. The film will have its premiere at Cinerama Dome in Hollywood on April 2, 2020 and will be distributed by Warner Bros. Pictures in North America and Paramount Pictures in other territories in RealD 3D, IMAX 3D, 4DX at Regal Cinemas and Dolby Cinema on April 3, 2020. The film will also be released on Netflix on June 3, 2020.

Role added by samlikescasting on April 27, 2019